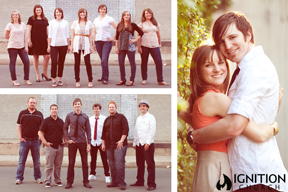 In 2007, God birthed a vision in Hunter Wright’s heart to start a powerful, life-changing church in the city of Knoxville. Four years later, a team of 14 people left their jobs, sold their houses and moved to Knoxville with Pastor Hunter and his wife, Kristina, believing God to move in the city like never before. Ignition Church is about “trying to reach people who are far from God.”
Following the death of her godmother, Bekah began to search for God. She tried various churches, listened to worship music, prayed, but. . .nothing.

She noticed a dramatic change in the life of a co-worker and learned of the friend’s new relationship with Christ. She encountered Christ-followers from Ignition at a nearby coffee shop. She checked out Ignition’s web site and saw they were “trying to reach people who are far from God” and thought this might be for her. She visited Ignition and began searching Scripture. She read of the crucifixion and became amazed at such love for her and she became a follower of Christ. 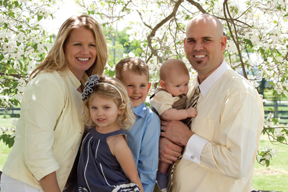 Over the past 18 months, Jason Kilby and his family found Danville KY has 75,000 people in a 10-mile radius. On a good Sunday, there could be 10,000-15,000 people in church, which breaks their hearts. The ministry focus for them is off East Main Street, an area of over 5,000 people (7,000 when college students are included) with no vibrant church within two miles. The area has the highest rates of drug use, crime, and single moms in town. It’s a dark place where there have been three murders in a recent four-month period. Jason and his team believe by planting this church in the center of the darkness God has the potential to change this place.

They have taken the words of Hebrews 12:2-4 to heart and believe they are the influence God is looking for to bring His people in the center of the city back into a relationship with Christ through the body of believers called CENTERPOINT church.

In the summer of 2008, a few families began meeting to plan for the launch of a different kind of church. They believed that Johnson City desperately needed churches that were biblically sound but also culturally relevant. North Ridge Community Church had its grand opening in the fall of 2009. North Ridge desires to be a church planting church.  For that reason, in January 2014 they launched their West Market campus. Its public launch had over 230 people! And it didn’t stop there… In the fall of 2015 they launched their Erwin Campus.  This was the first church plant the town had seen in over twenty-five years. The new church is the largest church in town. The fourth church, Gray Campus, is in the pipeline and will be launching in 2017.

This is the first church plant the town has seen in over twenty-five years.  The leaders were raised up out of the local community.  The pastor is the principal of the local high school. The core of the church came out of a disciple-making culture of the mother church in Johnson City.  Many of those who have come to Christ had assumed that they were Christians.  As the group began to have spiritual conversations with the locals many discovered that they needed to come to Christ. The Erwin campus is growing quickly and provides a unique environment in the Erwin/Unicoi area.

At the age of 22, Blane is one of our youngest planters. He is using his reputation as a well known local athlete to build relationships in the community in which he grew up.  Blane is planting his church among young adults who are graduating from the local regional university and young suburban professionals who are moving into the area because of the strong job market. He has assembled a great group of young leaders who are focused on making disciples.